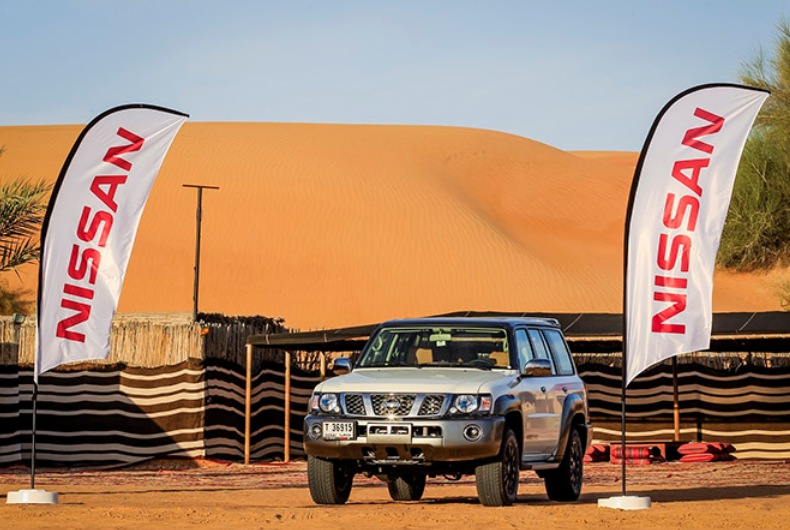 The 2019 Dubai Lynx Advertiser of the Year will be awarded to Nissan at the festival which takes place from March 10-13, 2019. The award recognizes brands that distinguish themselves through innovative marketing and embracing and encouraging creative work produced by their agencies.

Dubai Lynx 2018 was a successful year for Nissan with the #SheDrives and Camelpower campaigns winning awards. The #SheDrives campaign aimed to empower women and normalize the idea of female drivers, following a Royal Decree in the Kingdom of Saudi Arabia. The range of content across various platforms earned it the Interactive Grand Prix and a further 3 Gold, 4 Silver and 2 Bronze Lynx. The Camelpower campaign was an innovative idea that helped Nissan own the conversation around performance of cars and off-road vehicles on sand and was awarded a Promo & Activation Grand Prix and a PR Grand Prix along with 4 Silver and 2 Bronze Lynx awards.

“The Advertiser of the Year Award is a recognition of creative bravery that demonstrates the value of marketing communications. Nissan have distinguished themselves through innovative campaigns and a skillful approach to communicating the benefits of its products. The awards they have won at Dubai Lynx over the past five years are testament to an organization that embodies creativity and we’re delighted to recognize and celebrate this excellence,” said Philip Thomas, Chairman of Cannes Lions and Dubai Lynx.

Nissan’s presence in the Middle East spans over 61 years and has grown to become one of the most recognized automotive brands in the region. It has one of the most extensive and popular model ranges, including the iconic Patrol, and is the official automotive partner of Expo 2020 Dubai.

Commenting on the award Kalyana Sivagnanam, President of Nissan Middle East & Regional Vice President of Marketing and Sales for Africa, the Middle East and India said, “At Nissan we are dedicated to providing our customers with ‘innovation that excites’; this holds true across all touchpoints of the consumer journey, especially advertising. We are therefore delighted and honoured to have been recognised by Dubai Lynx as Advertiser of the Year. We are extremely proud of our record at Dubai Lynx; since our first win in 2013, we have since gone on to be awarded 25 times, with 18 awards being received at last year’s event alone. These successes are testament to our dedication to identify new and exciting ways to communicate Nissan’s message to our customers, and it is our promise that we will continue to do so.”

Kalyana Sivagnanam will accept the award at the Dubai Lynx Awards Ceremony and Dinner on Wednesday March 13, 2019, bringing the festival to a close.