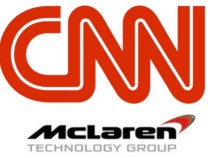 CNN International has partnered with McLaren Technology Group becoming its new McLaren-Honda partner for the 2015 Formula1 season and beyond. The multiyear global partnership will see CNN’s branding appear on the front wing endplates of the new McLaren-Honda MP4-30 Formula1 car, which will be unveiled in an online… Read More