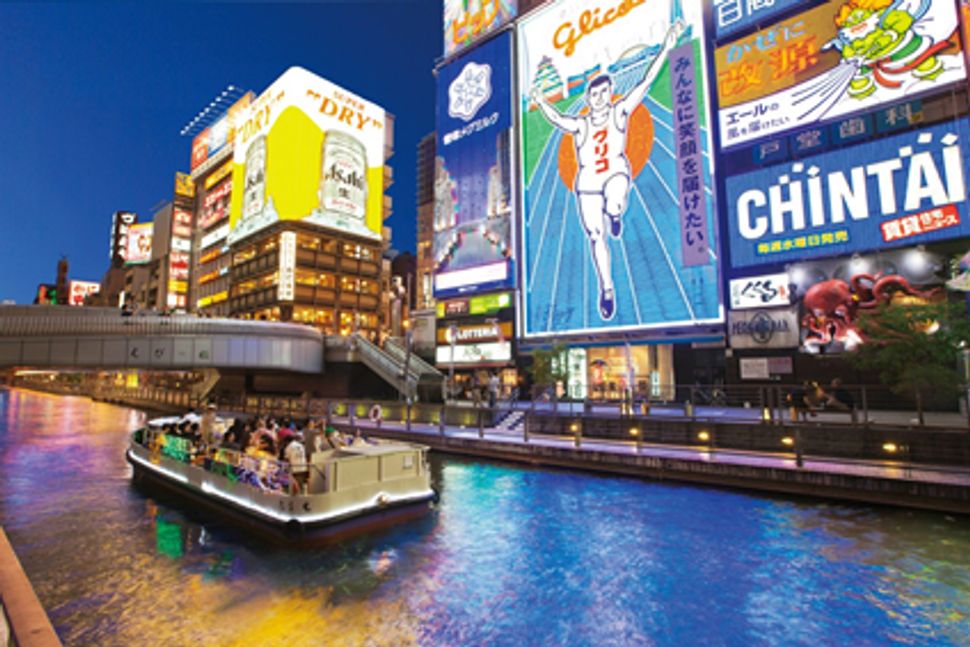 As Expo 2020 Dubai gets ready to close its doors after an extraordinarily successful run, the excitement continues in Japan as the country gears up to host the next edition of this much-loved global event. Expo 2025 Osaka Kansai, Japan will take place from 13 April to 13 October 2025, under the banner of Designing Future Society for Our Lives, aiming to be a laboratory for future society and a place where the world’s knowledge will be brought together and shared to help resolve global issues.

Supporting the overall concept are the event’s three sub-themes:

Saving Lives – Aimed at fighting infectious diseases and extending lifespans through activities such as infant nutrition and vaccinations, lifestyle changes in diet and exercise, and sanitation and the prevention of infection.

Empowering Lives – Focusing on education and work utilizing AI and robots in the areas of work, lifelong learning and community involvement.

Osaka’s Yumeshima island will host Expo 2025, with organisers expecting 28.2 million visitors during its six-month opening. More than 150 countries and 25 organisations are also expected to participate.

The host region, Kansai, is located in the west of Japan’s main island of Honshu, and holds many attractions for visitors. Easily accessible by global and domestic flight networks, and around two and a half hours from Tokyo by shinkansen bullet train, the area offers plenty to visitors. Home to the exciting city of Osaka, Japan’s second largest metropolitan area after Tokyo and a major food destination, visitors to Kansai will also be able to discover the ancient former capitals of Kyoto and Nara, beautiful historical castles and temples such as the 1,200-year-old Enryakuji on Hieizan mountain, dramatic nature and coastal scenery, and much more.

Kansai is also home to the pioneering Kamikatsu Zero Waste Center, a community in Tokushima Prefecture with a population of 1,500 built around a concept of generating zero waste. Back in 2003, the town made Japan’s first zero waste declaration, and today the recycling rate exceeds 80%. The town’s Why Hotel, built predominately from recycled and waste materials, is a showcase of the success of the project, with guests being able to experience circular and collaborative economies. Kamikatsu Zero Waste Centre’s efforts have been recognized with the 2021 Dezeen Award for Sustainable Building of the Year.

It’s also possible to step back into Expo history at the Expo ’70 Commemorative Park, about 30 minutes north of central Osaka, the venue of the 1970 Japan World Exposition. The first event of its kind in Asia, the Expo ran under the theme of Progress and Harmony for Mankind, a topic that’s still as relevant today as it was all those years ago. Today, the park is filled with 5,000 cherry trees, becoming a popular spot for sakura viewing in spring, and visitors can still see the Expo legacy in the form of the 70-metre Tower of the Sun by Taro Okamoto, an work of art that left a lasting impression on visitors to the Expo, and that’s still a favourite of visitors to the park.

Those coming to Osaka in the next few years will have plenty to look forward to in terms of accommodation, with the opening of new luxury hotels including Four Seasons Hotel Osaka in 2024 and the Waldorf Astoria Osaka opening in 2025.

And families will love the new Super Nintendo World at Universal Studios Japan, located close to the Expo site, featuring characters that are some of Japan’s biggest cultural exports, including Super Mario. Embark on a journey into the Mushroom Kingdom by racing on Mario Karts, search for mysterious eggs on Yoshi’s Adventure, and immerse in interactive play that’s suitable for children of all ages.