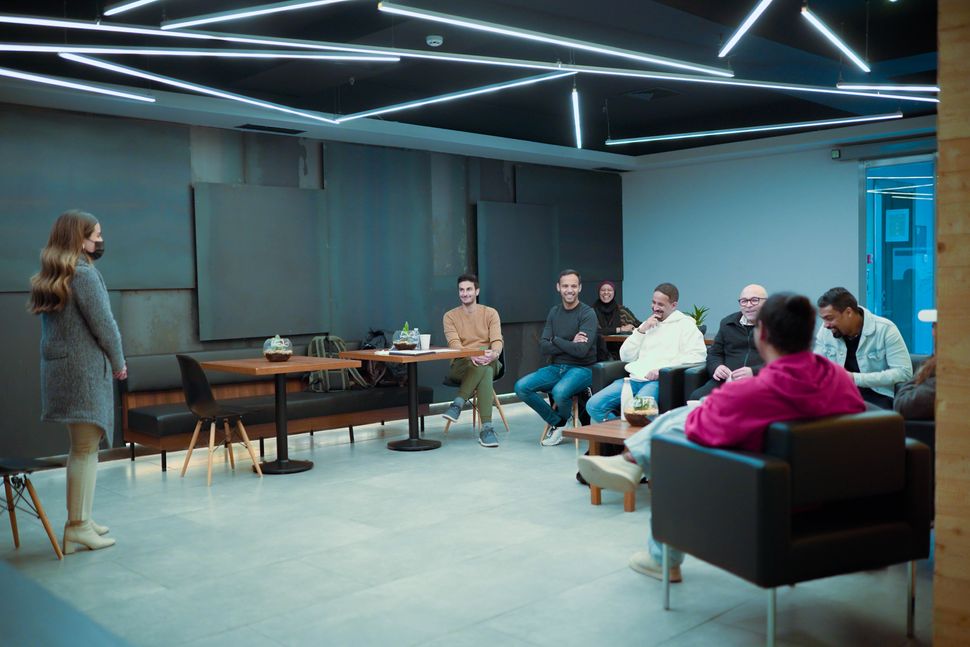 The National Creative Industries Group (NCIG)-Netflix ‘Lab 6×6’ program aimed at incubating the first wave of regional writers wrapped up after six extensive weeks. Six screenwriters from Kuwait and Saudi Arabia got the opportunity to nurture their craft in line with global industry standards, and experience the full process of creating content, from script-writing through to pitching.

Netflix is contributing towards the efforts of building the talent pipeline in the region as it works with more Arab storytellers to bring fresh and unique perspectives to its members around the world. Working alongside partners from the industry and civil society Netflix is investing in talent development and skill enhancement programmes that allow a mutual exchange of knowledge and expertise.

Ahmed Sharkawi, Director, Arabic Series, Netflix said: “We’re incredibly excited to support writers with a unique perspective in creating compelling content as we work to bring more Arab storytellers’ vision to life from script to screen. The talent pool in the Arab world is extensive, bringing a fresh and nuanced perspective to global content, but has been underrepresented on the global stage. Together with our creative partners, we want to do more to support and empower those in the industry, and those hoping to break through.”

Shkh. Al-Zain Al-Sabah, Chairperson, and CEO of NCIG said: “NCIG is fully aware of the power of authentic and universal stories and works alongside like-minded partners to bring those stories to the international community. It has been a pleasure working with the six talented creators chosen to participate in Lab 6×6’s inaugural program, and we applaud all those who applied to Lab 6×6’s first edition. We know how difficult it is to present your creative work in any capacity. The applicant pool for the limited number of seats was quite competitive, which further proves something we’ve known all along; the incredible caliber of talent that makes up our larger MENA creative community, and the need to build more programs to further incubate this untapped potential.”

Lab 6×6 is a first of its kind incubator program in the Middle East. The sessions opened with a specially curated week of intense training by the world-renowned New York Film Academy. Teaching the NYFA toolbox sessions were instructors, and award-winning writers/directors, Dan Kay and David O’Leary. In the weeks following, selected writers worked in writers’ rooms with best-in-class showrunners and script consultants, who served as mentors.

Farida Zahran, an Egyptian writer/director, whose film, Youth, received an Oscar-qualifying award at Palm Springs Short Fest, and who writes for the acclaimed Hulu show, Ramy was one of the mentors. She was joined by Wael Hamdy, an Egyptian writer and script consultant in both film and TV whose works include Hepta: The Last Lecture. Virtual Masterclasses were conducted by Christopher Mack, Director of Netflix’s Grow Creative, Hisham Fageeh, a popular Saudi writer/producer and head of the Middle East Media Initiative, Mariam Naoum, a award winning Egyptian screenwriter whose credits include One/Zero, A Girl Named Zat, and The Women’s Prison. Rounding off the ensemble was acclaimed Kuwaiti novelist and TV writer, Mona Al-Shammari, whose credits include Black Eyeliner/White Heart, and No Music in Al-Ahmedi.