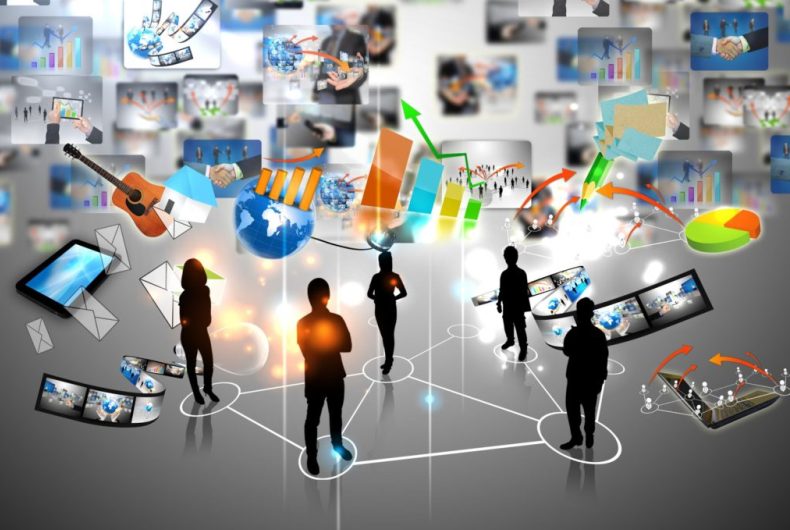 The rise of online streaming services has revolutionized the media industry. Faced with a mix of media providers, consumers have the power to unlock thousands of TV shows, films and music in seconds.

New research from YouGov Omnibus shows how rapidly media trends are shifting in Saudi Arabia and the UAE. In the past 12 months, 29 percent of consumers across both countries say they have increased the frequency with which they listen to music using online streaming services. This trend is strongest in the UAE, where the figure rises to 35 percent.

By contrast, just 24 percent of UAE consumers don’t listen to online music as much as they used to. The net increase (+11) reflects growth of online music streaming services in the Emirates in the past year.

Other means of listening to music have suffered as a result. A third of consumers in Saudi Arabia claim to listen to the radio less than they did 12 months ago. In the UAE, 28 percent have tuned in less. CDs have seen the biggest plunge in popularity. Around 35 percent of consumers across both countries have played CDs less in the past year.

Overall, a third (34%) of online consumers across both countries have subscribed to a music streaming service. Of those who have previously subscribed, half (52%) still have a subscription. 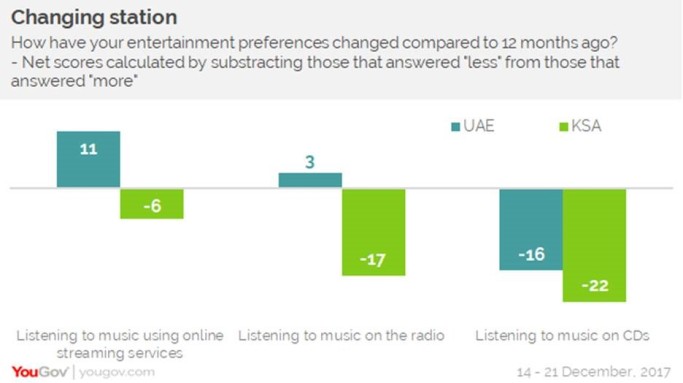 Commenting on the findings Head of Omnibus Research, Kerry McLaren said, “There’s no question this survey shows online steaming is an exciting industry to be in right now in the Middle East region. In particular, UAE consumers are favoring such services more and more over traditional means, and are prepared to pay for the privilege. While it looks like radio providers may need to diversify to maintain consumer engagement in future, traditional live TV is striking the right balance and shows no signs of slowing when it comes to consumer entertainment preferences.”