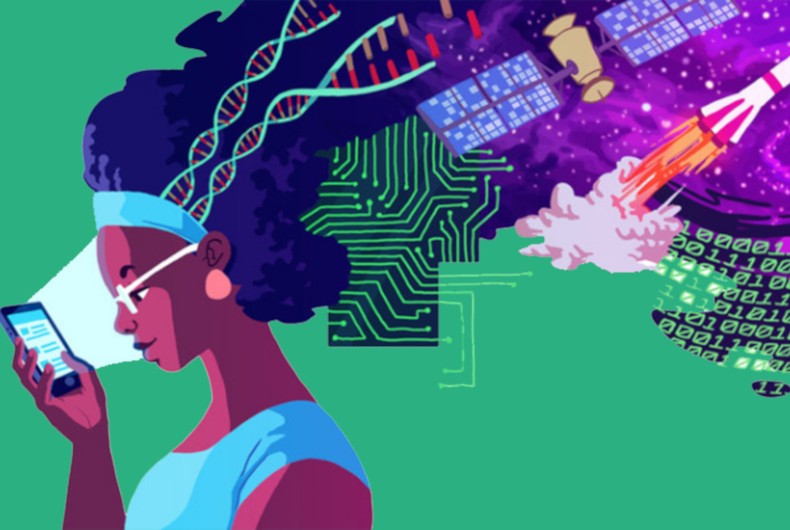 As part of our remit for global technology leader Citrix, we are running a female empowerment social media campaign across the UAE and KSA. The key element of this campaign is a weekly interview with a woman who occupies a senior position at any organization across the Middle East. Most of these women are in the technology industry or are connected to it in one way or another.

What surprised us most is how many women are out there supporting each other and making a difference. We asked our interviewees to nominate their colleagues and none of them fell short in sharing long lists of other women that inspire them. It quickly became apparent to me that there are many more talented and intelligent females in technology, banking, energy, transportation, manufacturing, logistics, and other industries than we see on the pages of regional media publications.

In contrast, if you look at some of the leading industry awards and CIO listings, only six out of 100 listed CIO leaders in the Middle East and Africa are women. While the tech industry is still dominated by male employees globally, the Middle East is making aggressive steps towards eliminating this gap. According to Wamda’s calculations, women account for 35 percent of digital entrepreneurs in the region compared to only 10 percent worldwide.

Likewise, global enterprises are becoming more open-minded in their diversity drives. Xerox is one of the leading drivers of female empowerment in the world and is well known for its female CEOs. The document technology leader’s former CEO and chairman, Ursula Burns, visited Abu Dhabi ahead of Emirati Women’s Day 2015 where she told Crown Prince’s Court that “diversity is the driver of innovation” and spoke about the gender gap in C-suite employment globally.

While we see many great examples of female empowerment across regional businesses of different shapes and sizes, the picture we see in the media is still very different, especially when it comes to trade and business publications. How many female spokespeople do you see on the cover pages of business or trade publications? I fear one of the reasons why we are struggling to close the gender gap in technology and other industries is because most women are intimidated by the prevalence of male leaders on the pages of media titles they read.

Our media colleagues need to start contributing towards mending this gap more and interviewing female spokespeople more often. Some journalists made it clear during our media relations meetings that they want female CEOs, CIOs, and CTOs on the pages of their magazines and especially on their covers. We tried finding more female C-suite spokespeople among our clients and we didn’t have a lot of success. Clearly, it takes two hands to clap and we can’t blame media entirely, but this vicious cycle needs to be broken sooner than later.

Our global partner agency, Hotwire, took a step forward and launched an initiative aimed at driving diversity in the tech industry. By offering free media training to women in 2019, Hotwire hopes to increase the number of women regularly commenting on tech issues both in the media and at industry events.

Hotwire’s campaign was inspired by the negative narrative coming from PwC research showing only 3 percent of girls who study a STEM subject at school consider a career in tech. Only 22 percent of students surveyed by PwC could name a ‘famous female’ working in technology. Two thirds could name a man. There is clearly a lack of female role models on the industry scene, and communications professionals and media need to work together to bring these amazing geniuses forward.

Women are empowered by women and led by examples of their senior industry peers. We hope that 2020 will be a year dedicated to female leaders and that the gender gap in tech and other industries will become significantly smaller.

Previous Post: Why ‘Digital’ Is High On Financial Brands’ Agenda
Next Post: Careem Reinforces Brand Purpose With ‘Start Something’

The author, Stanislava Burianek, is an Associate Account Director at Active (Digital. Marketing. Communications). Ms Burianek is an integrated marketing communications professional with over nine years of experience in the Middle East. She has served a wide-variety of companies on corporate communications, thought leadership, global positioning, stakeholder engagement as well as digital and traditional media. Throughout her career in public relations and communications, she has worked on brands such as Mashreq Bank, Saxo Bank, JP Morgan Private Bank, Kurt Giger, Philip Stein, Les Mills, Golds Gym, Shoe Mart, Landmark Group, Parrot, Revlon, Mattel, Xerox, Nvidia, Alibaba.com, Alibaba Cloud and Lamborghini Mobile among others.