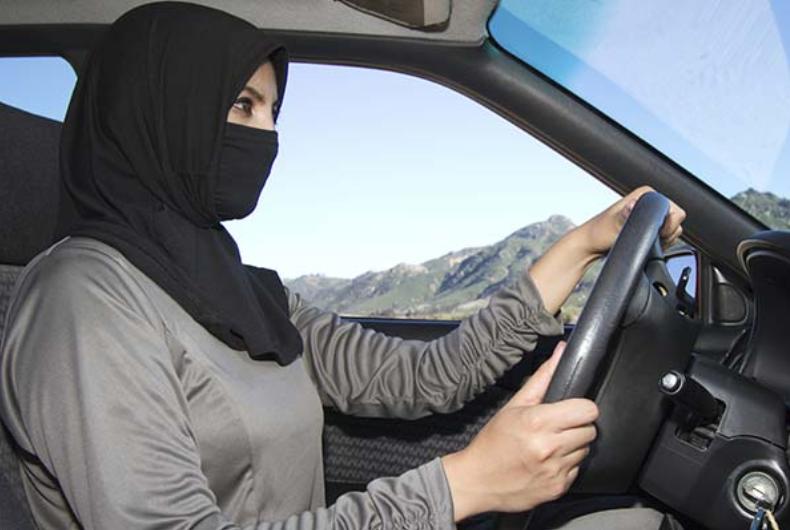 To say that the overall sentiment in context to the Saudi royal decree that allows women to drive cars in the Kingdom would an understatement of sorts. This is vindicated further in a Kantar TNS report that looked to understand the early sentiment of Saudi residents and the likely outcome of the royal decree. Kantar TNS conducted a study among Saudi residents in partnership with online panel providers Kantar MobiworkX and Borderless Access.

The study highlights that many Saudi residents support the change and would like the female members of their household to drive. As a result, 82 percent of the women are contemplating on getting a license and this is likely to fuel their ambition. The move is expected to uplift the sentiments of females. The biggest emotions expressed by women were related to the feeling that society was progressing the right way (61%), a sense of empowerment (55%) and enhanced career opportunities (46%).

Marketers Need Deep Understanding
With more women on the move, their career prospects will dramatically improve and the disposable income of households will rise. It is expected to change the very fabric of Saudi society and impact the economy in the long run.

“This historic decision by the Saudi government changes the automotive landscape in the Kingdom and will present long term economic benefits beyond the automotive industry. Marketers who want to be ahead of the game need to gain a deep understanding of the needs and drivers that will affect female purchase decisions and tailor their offerings accordingly to capitalize on the new opportunity. Our initial research also indicates that the path to purchase will be far from uniform, thereby giving informed marketers an edge over the competition,” Neal Henriques, Regional Automotive Director for Kantar.

While going to work was the key reason to drive (45%) dropping children (39%) was the other expressed reason. Interestingly, about 17 percent of the intending drivers expected to shop more and indulge in more leisure activities. Combining this with the increase in female disposable income, a flip to the retail, entertainment and F&B sector is anticipated in the near future.

Taxi & Online Cab Services To Be Impacted
An overwhelming majority of intending drivers (92%) are expected to reduce their reliance on taxis and services such as Uber as a result. Women have also come out strongly in favor of reducing their reliance on personal drivers with over three fourths (80%) of intending drivers expected to reduce their dependency. As a result, we are expecting a significant impact on the usage of public transport (taxi/Uber) and a declining demand for drivers.

This decree will result in a significant demand surge for new vehicles with some 60 percent of the residents intending to buy a car in the next three years and 38 percent planning this purchase in the next year. Non-premium, small and medium car segments – with an average budget of SAR 63,000 – will be more in demand, with 71 percent intending to buy in that range.

However, the market for premium vehicles will grow as well and slightly more than a tenth are expected to pay over SAR 110,000 for these cars.

There is a high degree of consistency in the findings between males and females, indicating the staunch support of males to the initiative. With males, likely to continue to play a key role in the decision of vehicle make/model, 44 percent were still undecided on whether to purchase or give an existing vehicle to the woman. Among those who were decided, 57 percent plan to buy a new car for women and a fourth likely to buy a new vehicle for themselves.

The Top Brands & Benefiters
Currently the top five brands that women aspire to buy are: Toyota, Hyundai, Ford and Nissan with BMW being the aspirational brand in the premium segment.

Commenting on the changes, Nissan Middle East CMO Fadi Ghosn said, “We expect to see growth in the medium passenger cars and medium SUV segment as female drivers seek a combination of space, practicality and convenience. There might also be vehicle shifts within the household with existing vehicles being given to family members and new ones purchased. Finally, along with increased new car sales, we expect to see growth in used car transactions – in what looks set to be a dynamic market.”

Overall, significant economic benefits will accrue to manufacturers, insurers and allied Services. OEMs that quickly adapt their lineup to deliver to this audience will capitalize the most on this change. Dealers over time, may need to revamp their sales and after sales process to cater to the needs to female buyers and relook at their communication strategies keeping this audience in mind.

The reduction in drivers over time will affect the demographic profile at the lower end of the spectrum and impact categories largely dependent on them such as CSDs and snacks. Differentiation will drive survival in the tech enabled transportation business. Uber and Careem will need to differentiate themselves to garner a larger share of a declining market and retain relevance among its female patrons, e.g. offering female Uber drivers.