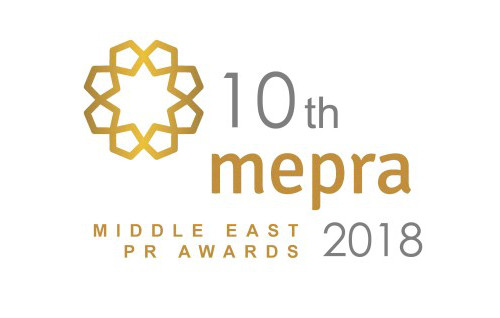 The Middle East Public Relations Association (MEPRA) has called for entries for the 2018 MEPRA Awards, which celebrates the most creative and impactful practitioners in the Middle East. This year marks the 10th edition of the ceremony, which is open to all Middle East based agencies, corporates, government organizations and non-profits working in the communications profession.

For the first time, the MEPRA Awards will be preceded by a series of industry events, including a creative communications congress, PR measurement summit and training workshops. The three-day festival will provide practitioners from across the region the chance to learn, share knowledge and celebrate the best through one event in Dubai.

“The MEPRA Awards not only recognizes the brightest, boldest and bravest of our industry, it also sets benchmarks for excellence across all areas of communications. It provides the chance for all practitioners in the region to drive the industry forward for the Middle East,” said MEPRA Vice Chair and Head of Awards Committee, Deema Kingsmill-Moore.

The deadline for awards submissions is September 30, 2018, with finalists to be announced by October 31, 2018. Entries will be assessed by a panel of more than 40 local and international industry experts, with an independent adjudicator set to review the judging process.