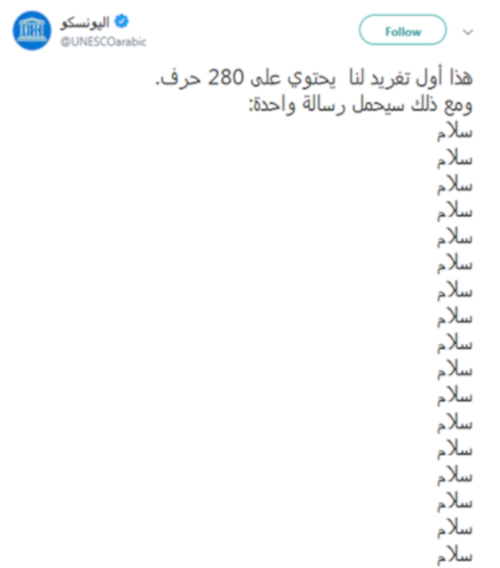 It’s been a year since Twitter changed its character limit from 140 to 280 in a single Tweet. The microblogging platform reiterates the goal to do so was to deliver a platform for people to connect and share news and views, without comprising the brevity and speed Twitter is known for. A year later, Twitter takes stock of the impact of the change.

In the past year, the language used across the world has evolved. When analyzing seven languages, Twitter found that since the doubling of the character limit, there has been a rise in the use of words such as ‘please’ (+54%) and ‘thank you’ (+22%).

In addition, more questions and conversations are taking place on the platform. The number of Tweets with a question mark ‘?’ has increased by 30 percent and overall, Tweets are receiving more replies.