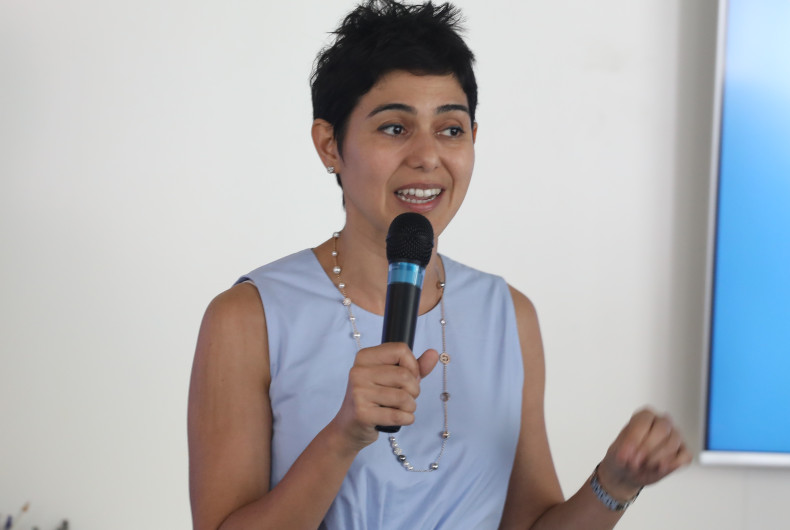 “There are more CEOs named John or David globally, than all women CEOs in the world put together”. If this data point from Rana Nawas was not an alarming reality, it would be a bad joke. Yet another number she quotes is from the World Economic Forum’s estimation that it would take 200 years to achieve gender balance. These figures highlight the need for enhanced attention towards achieving gender parity in the workplace, across all management levels.

Ms Nawas, the president of businesswomen’s network, Ellevate, for Dubai is also known for her podcast ‘When Women Win’. She was among the speakers at the the third edition Omnicom’s Omniwomen, an initiative that champions diversity and inclusion in the workplace.

While much has been said on the subject in the last few years, Ms Nawas reminded that the industry is very far from parity. However, there is decades of research to help identify the problems now, which in turn brings some solutions.

The Good & The Bad
Not all is bad news. Globally, there are more women entering the workforce than ever before. The Middle East & North Africa (MENA) region, especially the Middle East, has made massive strides in education. There are more female graduates than male graduates, and the region has some of the highest numbers in that. But this is not translating for success in the workplace yet.

While about 50 percent intake in many sectors is female, it is less than 5 percent in leadership globally. MENA has the lowest female participation in the workforce in the world. 26 percent women in MENA work as opposed to the global average of 56 percent.

Women are underrepresented in politics everywhere but in the region, this is changing for the better. Equal pay laws are also being enforced now as well. These together are some important steps but more has to be done.

A Clear Economic Benefit
Ms Nawas asserted that the most important case for gender parity is the economic case. Research shows that gender diversity makes better financial results across every metric including income, sales, return on equity, return on investment, share price and the likes.

“This is true not only for companies but also countries. If we improve gender parity, we can add 12 trillion dollars to the global economy in the next 10 years. Adding women to the workforce is an economic necessity. This is why the likes of Saudi are doing what they are doing,” she added.

Despite this clear evidence, and the several efforts taken in the last few years, the proverbial needle has not moved. And the reasons for that vary from system to culture to societal biases.

Challenges Galore
It is a web of systemic challenges, ‘the opposite of lean in’ in Ms Nawas’ words, that leads to the continued imbalance. “A mix of cultural issues and systemic flaws come in the way of creating a level playing field,” she pointed out.

Whether it is the ‘think leader, think man’ syndrome or the corporate world’s lack of speed in adapting to dual career relationships or that there are more single parents in workforce than before, much is stacked up against gender parity.

“Gender parity cuts both ways,” Ms Nawas stated, adding, “There is a perception for instance that women need flexibility and men can work 24×7. These are pervasive myths under culture norms.”

There are societal norms to add to this. This includes the likes of casual sexism. “Casual sexism translates into not being hired or promoted. We need to delete words such as ‘bossy’, ‘too direct’ or ‘aggressive’ from our vocabulary as these are often used to penalize women,” she informed.

The Regressive Mindset
Perhaps a more disturbing revelation comes in people’s mindsets. In 2017, UN surveyed 10,000 people across Egypt, Morocco, Lebanon and Palestine, and much of the study showed worrying behavior in markets such as Egypt, Morocco and Palestine.

Views of women in the workplace have not changed. More than half of the Egyptian men surveyed agreed that ‘there are times when a woman deserves to be beaten’. While 75 percent of Egyptian women thought that married women should have same rights as men, only 31 percent men agreed with this. This was the same in Morocco and Palestine as well.

Another study shows that in Jordan, men are less accepting of working women than their fathers were. “This is moving backward. These cultural biases are very strong. They come from a national psyche and exist even today,” Ms Nawas said.

Steps For Change
Especially in this backdrop, change needs to begin at home and in companies. These systemic flaws, cultural and societal biases have implications in the workplace. For example, the ‘brocreation’ phenomenon. Networking happens in formats where women are excluded. The boys’ club syndrome is more evident as women rise, and the pyramid begins to narrow.

There are several steps that can be taken to navigate this. “Women are interrupted thrice as much as men are in meetings. But a conscious effort can be made to change this, and amplify a suggestion, for instance,” Ms Nawas said.

She also asks the cultural belief of being seen at all times, that essentially stigmatizes flexible working, to be challenged.

Processes and policies are riddled with unconscious biases right from fulfilling job description criteria. There is double standard when it comes to interviewing, and the worst thing one can do is ‘go with the gut’ or ‘cultural fit’ because that leads to exclusion. “Because you effectively hire ‘mine me’,” she cautioned.

To create a level playing field and make organizations truly meritocratic, there has to be commitment at the top. Targets must be defined to drive accountability. “Everything should be measured, because what is measured gets done,” she said.

Since there are not many female role models in the current scheme of things, there is a need for male allies and sponsors.

“Sponsorship is a very personal relationship. A senior person takes a chance or advocates a junior person. There has to be some affinity in that kind of a relationship. Men naturally sponsor men more, so a concerted effort is needed to sponsor women,” Ms Nawas said.

Think Employee Friendly
Parity is parity, Ms Nawas reiterated. Companies should think employee friendly and parent friendly, rather than women friendly. Policies should be about creating a better workplace for everyone.

“To that point, I am an avid supporter of paternity leave. A recent study showed it was paternity leave that correlated to advancing women to the top, and not maternity leave because it creates the culture that men are as involved at home,” Ms Nawas explained.

Leadership should also role model policies and encourage people to use it.

In conclusion, women representation on top is low, and little has happened in the last many years to change that. There is under-representation at all levels in MENA — from entry to leadership. The pay gap is significant everywhere. The business case of gender parity is irrefutable, the strongest element in that is the economic case.

“Despite this, cultural norms and systemic flaws keep women out or push them out as they grow. Change requires commitment and action from business leaders. Culture needs to change unapologetically. Changing policies and processes has to be inclusive and managers should be held accountable,” she summed up.