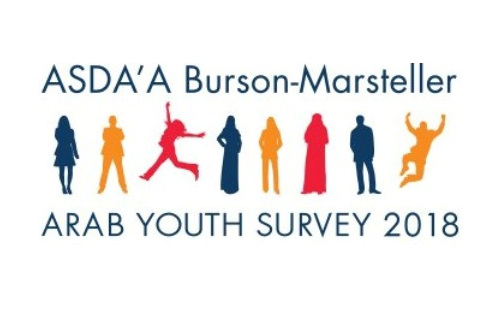 In the year gone, the Middle East has seen a combination of brave new moves and efforts of the past paying off. For the Arab Youth, as per the 10th annual ASDA’A Burson-Marsteller Arab Youth Survey 2018, this has meant a rise in hope for leaders such as Saudi Arabia’s Crown Prince Mohammed Bin Salman and a continuation of the UAE as the top country Arab youth want to live in.

UAE Remains On Top
The United Arab Emirates retains its position as the top country Arab youth would like to live in and want their own countries to emulate for the seventh year running, according to the survey.

More than one-in-three (35%) respondents across the 16 Arab countries, say the UAE is the country they would most like to live in, far surpassing global powers like the US, Canada (both 18%), Germany (12%) as well as Saudi Arabia (16%) and other Arab countries. More than a third (37%) of Arab youth also say the UAE is a model country for their own, once again far surpassing the US, Canada (both 17%), Japan (15%) and others.

Young Emiratis agree with the positive perceptions of the UAE across the region, with 99 percent of the UAE’s youth saying their country is heading in the right direction and more than four-in-five (85%) saying their best days are ahead of them.

The survey’s findings correspond to the UAE’s position in international rankings. The UN Sustainable Development Solutions Network’s 2018 World Happiness Report ranks the UAE as the happiest Arab country and 20th out of 156 countries overall. The UAE also leads the region in the World Bank’s Ease of Doing Business table, and, according to the World Economic Forum, is first among the GCC states for gender equality

Arab Youth Supports Saudi Crown Prince’s Leadership
Arab youth overwhelmingly support the reforms Saudi Arabia’s Crown Prince Mohammed Bin Salman is spearheading and view him as a strong leader who will shape the region over the next decade.

Young Arabs are also throwing their support behind Saudi Arabia’s young Crown Prince, Mohammed Bin Salman, and view him as the Arab leader likely to have the greatest impact on the region over the next 10 years. Asked about the reforms introduced by the Crown Prince, 88 percent of young Arabs support Saudi Arabia’s decision to allow women to drive and 86 percent (94 percent among young Saudis) support his anti-corruption drive, which saw dozens of leading businessmen and senior royals detained over graft allegations.

“Over the past 10 years, the Arab Youth Survey has provided insights into many momentous changes in the region, and this year is no exception. This annual review of the thoughts and concerns of Arab Youth provides an important framework for understanding what is most important to the region’s next generation of business leaders and policy makers,” said Donna Imperato, CEO, Burson Cohn & Wolfe.

Changes All Around
The majority of young Arabs (55%) say they believe the region has moved in the wrong direction over the past decade – a period stamped by the Arab Spring and the rise of Daesh.

Pessimism is particularly pronounced in the Levant, where 85 percent say the region has moved in the wrong direction. Defeating terrorism, providing well-paying jobs, better education and fighting corruption are all cited by youth as the main action areas to move things back on track over the next decade.

An overwhelming majority (78%) of Arab youth say Daesh has become weaker over the past year and, furthermore, 58 percent say Daesh and its ideology will be completely defeated. It marks a significant shift from 2015 when only 47 percent of young Arabs expressed any confidence in their government’s ability to deal with the terrorist organization.

In another dramatic shift, young Arabs now view the U.S. as an adversary, while Russia has taken America’s spot as the top non-Arab ally. A majority (57%) of Arab youth say the US is an adversary of their country (up from 32% in 2016) versus 35 percent who see America as an ally (down from 63 percent in 2016). When asked to name their country’s top allies, young Arabs are most likely to cite the UAE, Saudi Arabia and Kuwait, followed by Russia in fourth place and Egypt in fifth. The U.S. has dropped out of the top five for first time in the survey’s history, falling to 11th place.

This finding stands in contrast to the response from young Arabs when asked which country other than their own they would most like to live in, and which they would like their own nation to emulate, where the US ranks second, behind the UAE. Additionally, respondents’ most trusted media brand is CNN.

“This is a milestone survey for us, marking a full decade of the region’s leading study into its most important demographic. This year has produced some striking findings, including more evidence that the region’s youth view the U.S. in a very different light from previous years, and that the majority of young people now envision a future where Daesh and its ideology have no place whatsoever,” added Sunil John, Founder of ASDA’A Burson-Marsteller and President, Middle East, Burson Cohn & Wolfe.

The survey also showed that while young Arabs increasingly turn to social media for their news, they see CNN as the most trusted and Al Jazeera as the least trusted news sources.

Inspired by the digital revolution, future Arab entrepreneurs turn to the tech sector, which offers plentiful opportunities in the region