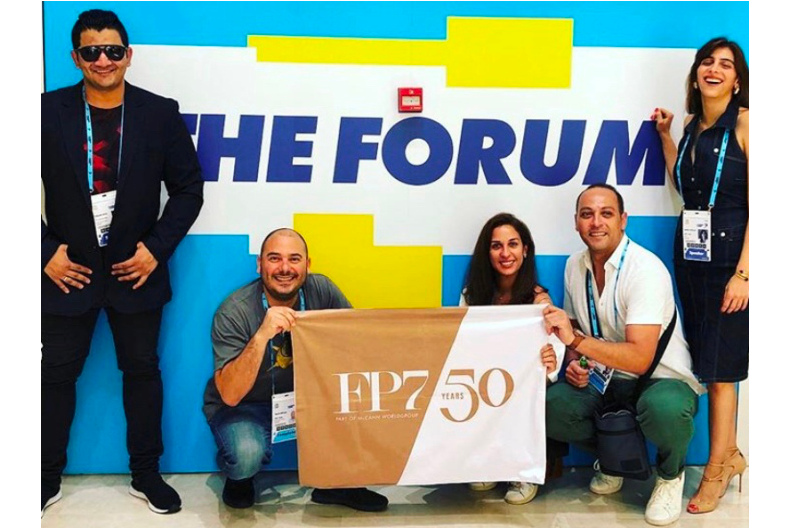 Cannes Lions International Festival of Creativity 2018 has kicked off and the Middle East & North Africa (MENA) made its presence felt on day one itself. FP7/MENA took the stage at the festival, taking a full house of attendees on a journey into creativity that drives Hollywood’s appeal.

The session was focused on what advertising professionals can learn about the effectiveness of storytelling and creative content distribution, from Hollywood.

FP7/MENA team took the audience through creative techniques and content distributions tactics deployed by movies that are easily applicable for brands, agencies, students and start-ups, along with tips from Hollywood makers such as Aaron Sorkin and Hans Zimmer.

Mr Rais began the session with one of his favorite anecdotes about David, a taxi driver from Nice whom he had spoken with in 2014. David did not have any inkling about Cannes Lions, the contenders and considered the thought of lining up outside the Palais des Festivals to watch ads not something he would enjoy.

But, when asked about the films at the Cannes Film Festival and beyond, he knew a lot more about movies playing at the festival as well as those releasing worldwide in 2015.

“And that was the naked truth – we have a lot to learn from movies,” stated Mr Rais.

The session focused on two parts.

The first part focused on the craft of the content. The duo argued that story archetypes such as Shakespeare, Disney and Joseph Campbell’s Monomyth can quite nearly create formulae that make stories memorable. Great intent and a greater obstacle or obstacles help make stories immersive. Screenwriting tips can help storytellers build intrigue and get people participating with a campaign. Finally, it is imperative to understand the use of music and tonality in making campaigns memorable and distinctive.

Next, it focused on the marketing of content focusing on the success of Lego, Star Wars and Deadpool. Movies like Deadpool are content and marketing masterclasses. As a character, before the movie came out to the masses, Deadpool was a B-grade superhero.

“No way was he in the league of Superman, Batman, Spiderman, The Hulk, Iron Man or Captain America. Very few people knew of him. And as a product, although the movie was fun, it was not a classic you would re-watch. However, it rocked the box office and made Deadpool loved by comic book as well as non-comic book fans, because of the buzz generated by its content marketing before and after launch. They made over USD 850 million for a total budget of around USD 56 million. How’s that for an ROI?,” Mr Rais said.

The session was among the more fun and informative sessions on day one of the festival, and bore testament to MENA’s success at Cannes Lions stage, this year.