Apple has competed and won time and again as a brand of reckoning in the Middle East & North Africa (MENA) region. This was validated once again in the latest brand rankings from YouGov BrandIndex, where iPhone rated as the top brand that Egypt consumers would choose to recommend to friends. 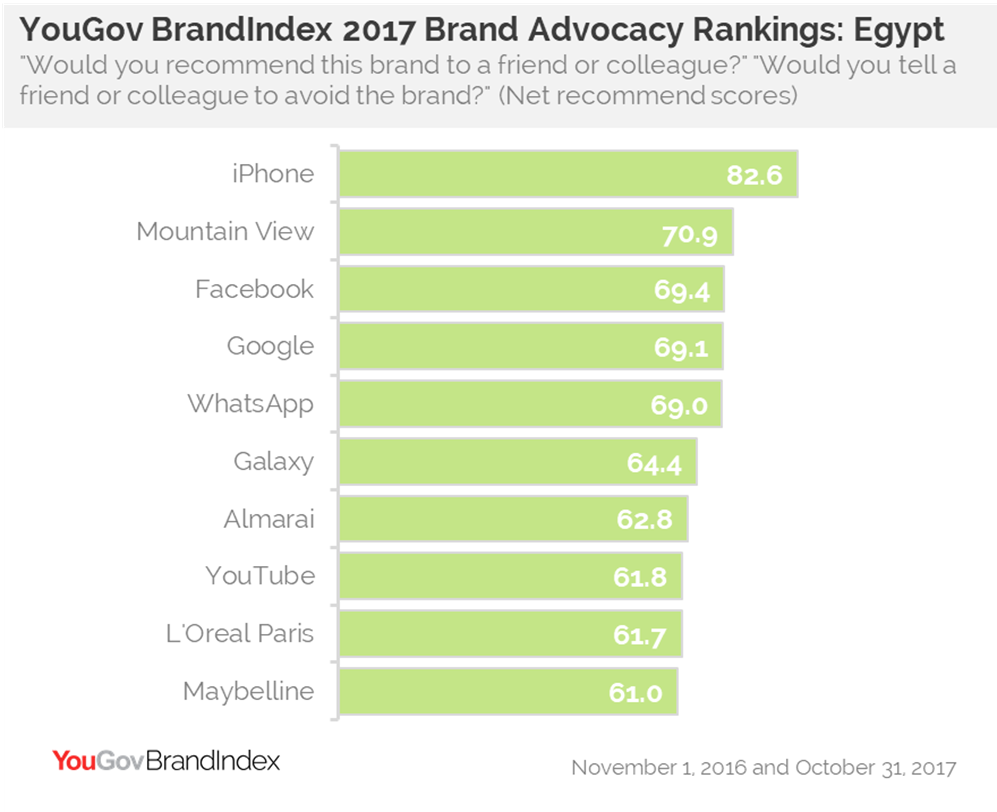 In its 10th anniversary year, 2017 has seen three new iPhones launched to a healthy worldwide reception. Having tracked the brand’s advocacy over the last 12 months, BrandIndex states that iPhone is the most likely brand to be recommended to friends among Egypt residents.

Galaxy, in sixth, and Almarai in seventh represent the most highly endorsed FMCG brands over the past year in Egypt, while L’Oreal Paris and Maybelline round out the top 10 as the most highly commended make-up brands among Egyptian consumers in ninth and tenth place respectively.