As social media becomes a platform accessed by a large number of audiences, especially younger, du took a closer look at the relationship between social media and its users. In 2016, the first #PostWisely campaign was launched following an interactive session where experts from different fields discussed the dangers of sharing information online.

The aim of the session was to examine the ways in which people can be more responsible about the information they post. 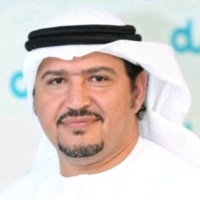 Under the leadership of Abdulwahed Juma, Executive Vice President of Brand and Corporate Communications, du invested over a year gearing up for the second year of this campaign to not only make the message, of not forgetting the human side despite the obsession of posting on social media, truly resonate with audiences, but to also reach out to a larger number of users.

“What inspired the second edition is the recent spate of negative user generated content and its impact on society at large. Citizen journalism is one end of the spectrum, but what we are seeing is a growth of people sharing shocking content, often of negative situations that affect real life human beings, and an urge to share rather than step in and help,” points out Mr Juma.

#PostWisely put together a four-film ad campaign, each with the distinct objective to be an alarm bell in its own right for social media users.

The campaign videos reflect real incidents of misfortune captured by individuals on their smartphones and shared for self-aggrandizement reasons above all else. “Why aim for likes when lives are at stake? It is simply subhuman and something we needed to react to,” Mr Juma says.

This evolution of #PostWisely focuses more on the aspect of sharing and reflects the current trend of individuals who share content without thinking of the implications. Mr Juma reminds that this is one of the reasons that fake news, in its original form, was able to proliferate. “Our research, in collaboration with Ipsos, highlights many worrying statistics, including that 46 percent of respondents cannot say with confidence whether content they view on social media is real or fake,” he adds.

The Checklist
The second edition of the #PostWisely campaign builds on the first year is to ensure that the campaign continues to aim at inspiring ethical online behaviour and fostering thought-provoking conversations under the umbrella theme of #PostWisely.

du ascertained that that the campaign conveys the same key aspects and traits as the first edition of #PostWisely in terms of the inclusion of an undeniable shock element and shedding light on a contentious behavior that nobody dared to highlight or address.

To ensure #PostWisely made a stronger impact, the telecom operator conducted a survey that allowed it to gather insights around worrying online behaviors that it observed in order to successfully communicate it message in the most effective and relevant way possible to the targeted audience.

du collaborated with Emirati director, Ali Mustafa, to bring the message to life. It also launched an educational roadshow across universities and schools in the UAE.

Crafting The Message
The films represented different stories, all of which are relevant to social media users and are based on true events. The survey conducted with Ipsos shows that as many as 55 percent of posts of this nature are photos or videos of accidents, and 46 percent are of bullying. “These numbers reflect how relevant ‘The Bullying’ and ‘The Fire’ films are to social media users. ‘The Fall’ and ‘The Bus Crash’ films were in fact inspired by true events that took social media platforms by storm not only in the UAE but the GCC region as a whole,” Mr Juma elaborates.

The unifying creative element across the four films is that they were all shot from the first person perspective putting viewers in the victims’ shoes to enhance the shock elements and deliver the message in a style that would most likely resonate longer.

The style in which these films were shot and directed also reflects how mobile phones are forming barriers between people and the victims. By communicating the campaign’s message in the first person’s perspective, du tried to diminish this barrier.

All four films are directed and recorded to awaken a sense of consciousness that seemed to have dimmed through the overflow of social media content.

The Feedback
The UAE is a multicultural hub, where people with different ideologies and walks of life coexist in a unified tolerant culture. This contributed to the mixed responses, most of which are positive.

“We at du regarded launching this campaign as a challenge through which we aimed to redefine what brands can communicate in the UAE and dared to convey a message in a creative way that shapes conversations. Our overriding passion to help society in the UAE has emboldened us to lead such conversations,” Mr Juma sums up.