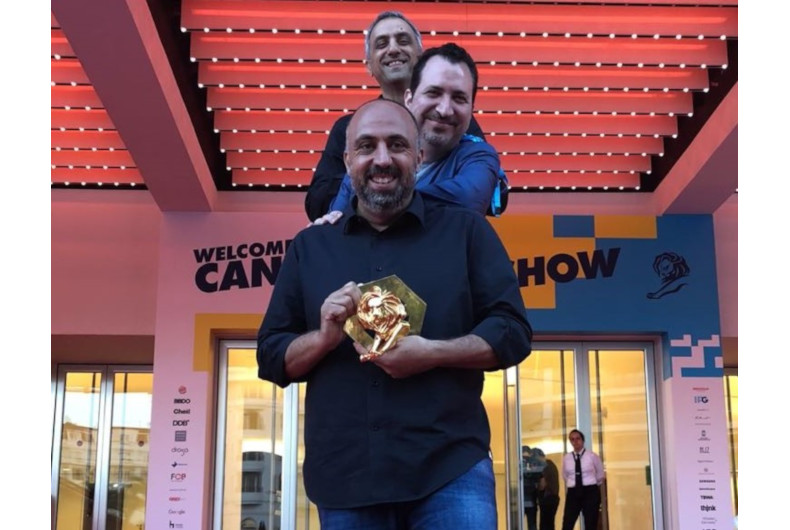 TBWA\Raad was ranked the number one agency from the Middle East and North Africa (MENA) region at the Cannes Lions International Festival of Creativity 2018. This is one of its best performances at Cannes Lions in recent years, where it has led the MENA awards tally with a total of six Lions among 12 shortlisted entries, for five advertisers, across eight award categories.

“There’s something deeply satisfying about our wins at Cannes,” said Reda Raad, CEO of TBWA\Raad, adding, “The wins confirm that what we have been doing for the past few years has been right. We have transformed ourselves into an agency of the future while simultaneously gathering new business, winning the highest industry accolades, and cultivating a creative culture that’s capable of consistently producing exceptional work.”

The CEO reiterated that this is a huge achievement for the agency. “An achievement that could not have been possible without the bravery and belief of our clients and team, and without the contribution of our partners at OMD, PHD, Google and Facebook. These wins are an affirmation that data-driven creativity works. And that a team that believes passionately in what it’s doing can achieve almost anything,” he added.

As is known Cannes Lions is among the toughest platforms for advertising creatives to convert an entry into a shortlist, and a shortlist into a Lion. Statistics indicate that there is only a 3 percent chance for an entered work to win at the platform.

Reiterating this, Walid Kanaan, Chief Creative Officer, TBWA\Raad said, “We were walking out of an amazing Dubai Lynx with an unprecedented number of Grands Prix. Most of this work ended up winning at Cannes Lions as well. We have had disappointments in the past at Cannes Lions, and I always advise my team to keep expectations at the lowest in Cannes. This is the hardest award show in the world. It makes every win special but perhaps the most significant aspect is that we have won for work that helped a client in their business, and not for the likes of NGOs or charity organizations. Social messages are very important, but it takes special courage for an advertiser, who is running a business, to stand with a bold idea.”

The agency landed its first Gold Lion in the Outdoor category for the ‘Highway Gallery’ campaign for Louvre Abu Dhabi. As the first museum of its kind in the Middle East, Louvre Abu Dhabi gave the world another exciting first: a radio-guided gallery along the Sheikh Zayed Road in Dubai, proving that art can, and should be enjoyed and explored by all.

The second Gold Lion was awarded to the ‘#SheDrives’ campaign for Nissan Saudi Arabia in the PR category. Upon the declaration of Saudi Arabia’s historic royal decree, which granted women the right to drive, Nissan aimed to give Saudi women the confidence to exercise their right and encourage men to support their decision. The brand offered a group of young women the chance to get behind the wheel for the first time, with a surprise group of driving instructors: their respective husbands, fathers and brothers, who were their teachers for the day.

TBWA\Raad also won a Silver and a Bronze Lion, both in the Media category for the ‘Highway Gallery’ campaign for Louvre Abu Dhabi. The campaign additionally earned a Bronze Lion – the only Lion awarded to an agency from MENA in the Radio and Audio category.

Earlier this year, TBWA Worldwide was named Network of the Year at the Dubai Lynx International Festival of Creativity and TBWA\Raad was crowned Agency of the Year, winning an unprecedented eight Grands Prix and a host of other awards. At the MENA Cristal Festival, TBWA\RAAD was named Advertising Agency of the Year and won the MENA Grand Cristal for its ‘Camel Power’ campaign for Nissan Middle East. It also won eight Gold Cristal awards, three Silver Cristal awards and one Bronze Cristal in various categories.

Contagious magazine has named it among the top 10 ‘Bravest and Best Agencies on the Planet’.