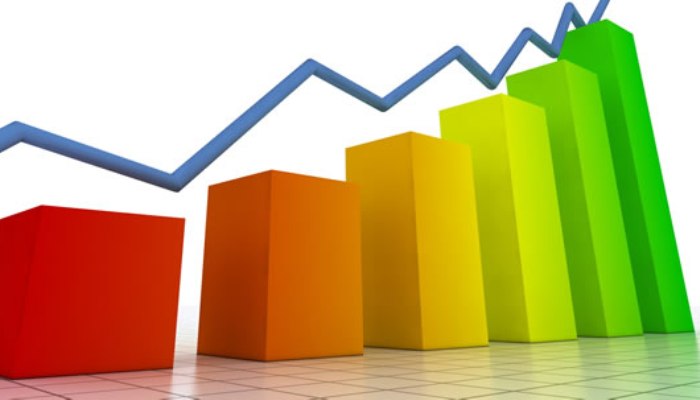 In its latest report on global advertising market trends, Magna states that global advertising revenues grew by a record 7.2 percent in 2018 to reach a total of USD 552 billion in the 70 countries analyzed by the IPG Mediabrands agency.

Globally however, this is the strongest growth rate since 2010, when the ad market recovered after two years of recession, and the second strongest since 2004, thanks to the combination of strong demand and cyclical drivers.

Magna increases its forecast for 2019 advertising growth to 4.7 percent, as the macro-economic environment is expected to remain strong in most of the top advertising markets.

“Global advertising spending expanded by the strongest growth rate since 2010 this year. This record growth was fueled by the combination of a robust economic environment prompting most verticals to increase ad spend, as well as stronger-than-expected cyclical spend. Digital media was again the main winner but television proved resilient, thanks to the loyalty of consumer brands, strong pricing and incremental cyclical spend,” commented Vincent Létang, EVP, Global Market Intelligence at Magna, and author of the report.

15 Global Findings From The Report Are:
#1. Globally, net media owners advertising revenues (NAR) grew by 7.2 percent in 2018, to USD 552 billion. This is above Magna’s previous forecast (6.4% published June 2018) due to stronger-than-expected market performance in the second half and stronger than expected cyclical events.

#3. The major cyclical events that took place in 2018 (The FIFA World Cup in Russia, Mid-Term elections in the US, Winter Olympics in South Korea) generated approximately six billion dollars of incremental ad spend, the highest volume ever, mostly due to record political spending in the US.

#4. Cyclical events contributed more than one percentage point (1.2%) to global ad growth in 2018. Excluding the cyclical effect, global advertising spending growth would have been 6.1 percent, still higher than the normalized growth rate for 2017 (5.3%). It is therefore continued strong underlying demand from advertisers that proved the main driver in 2018.

#6. 67 of the 70 markets analyzed by Magna showed some level of growth in 2018, with Singapore, Peru and Bahrain are the only markets to shrink. The fastest-growing markets were Argentina and the Ukraine (resp. 20% and 25%) but that was mostly driven by economic hyper-inflation. Many emerging markets grew by double-digits: India (14%), Egypt (16%), Vietnam (11%) and Brazil (12%, helped by the presidential campaigns and the World Cup).

#7. Linear television ad revenues grew by 3.4 percent to USD 184 billion, thanks to cyclical events (mostly the Winter Olympics in North America and the FIFA World Cup in the rest of the world). These events were not enough to curb the continued erosion of ratings but they contributed to an acceleration in cost-per-thousand inflation (8% in 2018 compared to 6% in 2017).

#8. Television is the only ‘traditional’ media category to benefit from such strong pricing power, while print and radio prices are stagnating or even declining in some markets. The robust demand for television, despite ever-increasing costs, came from the combination of various factors this year such as incremental spend from sports-oriented brands, loyalty from big consumer brands in CPG/FMCG sectors, organic growth from the technology sector and internet giants promoting new products and growing ad sales from ‘advanced’ TV ad formats.

#10. Digital advertising in 2018 barely slowed down from 2017’s growth rate (17.6%), despite new regulations on data privacy and the concerns expressed by some consumer brands in the last 18 months. Growing user consumption in emerging markets, product innovation, and robust demand from long tail advertisers drove search advertising growth of 16 percent, while video (29%) and social media (33%) grew even faster.

#11. The majority of digital ad sales (62%) is now generated by impressions and clicks on mobile devices (mostly smartphones). Mobile ad sales grew by 32 percent in 2018 while desktop-based ad revenues shrank (-2%), due to ad blocking and lower inventory.

#12. Digital media sales now represent 46 percent of total advertising sales in 2018. Maturity means growth rates will slow down in the next few years, but spending will still grow by double-digits in 2019 (13.3%), which should ensure digital ad sales represent nearly half (49%) of global ad dollars next year.

#13. Other media categories struggled to various degrees in 2018 as they did not benefit from the pricing power and cyclical drivers of television. Global Print NAR decreased by 11 percent to USD 55 billion. Radio ad sales decreased by 1 percent to USD 28 billion. The only ‘traditional’ media category to show moderate growth in 2018 was, again, Out-Of-Home. Global OOH NAR is forecast to grow by 4.6 percent to USD 34 billion (including cinema). DOOH NAR grew by 16 percent this year to reach USD 5.7 billion.

#14. For 2019, Magna forecasts global advertising to grow for the 10th consecutive year. The growth rate will slow down to 4.7 percent to reach USD 578 billion ($26 billion) mostly due to the absence of major cyclical events. Excluding cyclical events, the 2018 growth would be 5.8 percent i.e. only marginally below 2018’s growth rate (6.1%). The lack of cyclical events will mostly affect offline media sales (-2.4% to USD 293 billion) while digital media sales will grow by 13 percent.